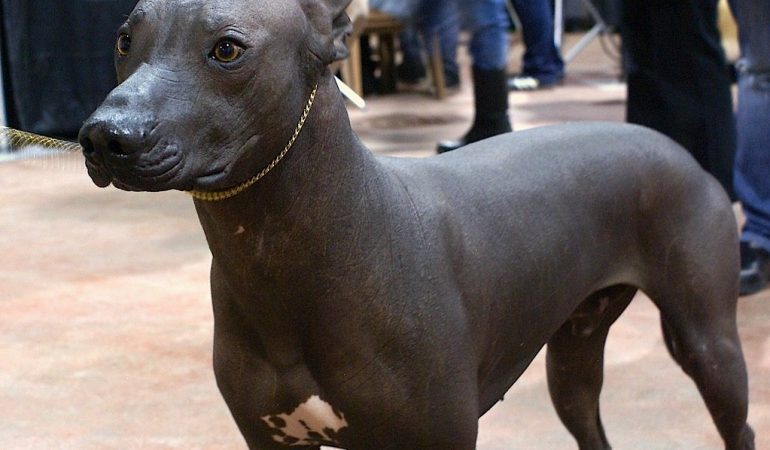 Xoloitzcuintli, which is one of the most unusual dogs, is also known as the Mexican Hairless Dog or Xolo Dog. It is a loving companion and sharp-eyed watchdog. This ancient dog breed exists for over 3500 years and it was originated in North America in today’s Mexico.

These dogs were given the title ‘doctors’ in Mexico and Central America because they emit heat from their bodies which provides comfort to people who are suffering from arthritis and other illnesses. That is the reason people still love cuddling these dogs.

These loyal dogs come in three sizes i.e. Standard, Miniature, and Toy, having two coat types (hairless and coated). The hairless one has hard, smooth, and compact skin while the coated variety is surrounded by a short and even coat.

If you don’t already know, Xoloitzcuintli is pronounced “show-low-eats-queent-lee,” according to the AKC. Or just “show-low,” the dog’s shortened name.

Many people don’t prefer having a Xolo dog because of its appearance. Usually, they don’t attract people because of their hairless bodies. They have furrowed brows, appalling eyes, stand-up ears, rat-like tails, and hairless bodies.

Furthermore, they are athletic, strong, and muscular dogs. Their body is a little longer compared to their height. They have pretty smart and alert expressions especially when they are focusing on something.

These dogs were nearly extinct in the 1940s but due to the efforts of FCI, they made it again. They are quite popular in Mexico and are considered the symbol of Mexico, as well as, the National Dog.

Present for a long time

This dog is present for almost 3,500 years and is considered a natural breed as it was not developed by mixing or crossing different breeds intentionally. But it is considered a dog that was the result of an unplanned genetic mutation. For generations, the breed was shaped by natural selection rather than human intervention.

Since it is a strong dog and its heritage comes from the jungle, it is considered one of the healthiest breeds. Although it could suffer from a few health issues, healthy food and sufficient exercise will keep your dog away from health problems.

Since it is a hairless dog but that doesn’t mean it is hypoallergenic. There are other factors that count in making a dog completely hypoallergenic. Although Xoloitzcuintli will obviously affect less due to its hairless coat, still it produces saliva, dander, and other allergens. Therefore, it is recommended to first expose yourself to a Xolo dog for a certain time before getting one. So in this way, you will know whether you are reacting or not to it.

This breed is not for everyone and is also not so easy to adopt. It is not only different in terms of looks but also in terms of behavior. However, if you are considering getting a Xoloitzcuintli dog, you should do complete homework and research whether you can have one or not.

This dog is also not recommended for novice or first-time owners. The crucial part of the breed is their skin which requires serious attention.

Recommended read – How to De-stress your dogs 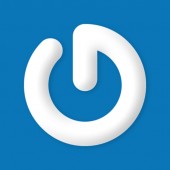