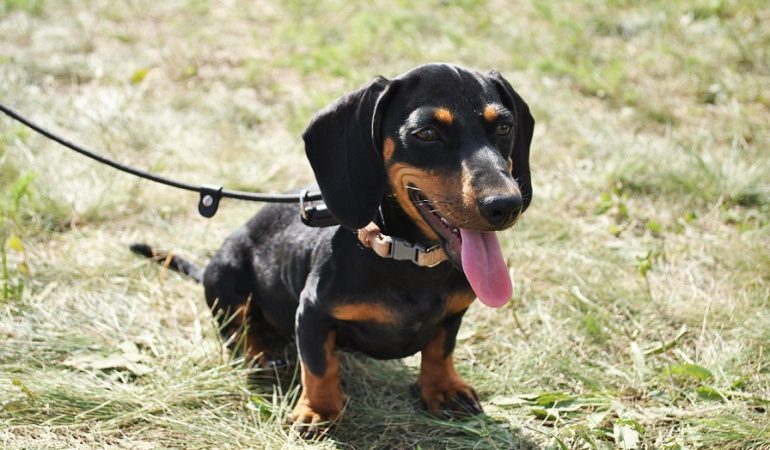 If you have ever seen a sausage with stubby legs and a swishy tail, then you have met the noble Daschund. Fondly called by many names including Weiner, this pooch has inspired slinky toys, famous paintings, and even starred in commercials. So, what is it about this half hound, half terrier pup that makes it so popular and loved despite its comic appearance. Is it perhaps it’s lively nature and cheerful personality or does the pooch hide some secrets behind its melancholic eyes.

So, in this article, we are going to write a comprehensive guide about this lovely breed. We’ll cover Dachshund features, pros and cons, temperament, health-related issues, and everything you need to know.

As usual, we’ll keep adding informative material to this article.

The Dachshund traces its origins back to the 18th century in Germany. The name Dachsund literally means badger hounds as these pooches were initially bred to wiggle into holes and flush out small tunneling animals like rabbits. They were also helpful in tracking down week old scents and locating wounded deers with their owners.

The Dachshund’s exact lineage is not known, but most experts speculate that the Daxie evolved from Basset Hounds and terriers. In Germany, the Dachshunds have long been considered a symbol of national pride and even served as the first official mascot for the 1972 Summer Olympics held in Munich. However, their popularity was not confined to Germany alone, and the Daxie dog was known to be a favorite of Queen Victoria of England as well.

You may like reading about: Cavalier King Charles Spaniel Chihuahua cross

The Daxis sometimes are known for their lively characters and distinct physical characteristics, below is a list of some of there physical attributes that make them stand out from other dog breeds.

Because of their unique looks and traits, they have been crossbred with several other pure dog breeds, some of the most popular Dachshund crosses are mentioned below.

If the Daxie was a pokemon, it would be like Pikachu, strong-willed and independent but strongly attached to its owner. The Dach’s are curious, impatient, and sometimes even aggressive pups that enjoy outdoor pursuits, as well as, intellectually stimulating activities.

They like keeping busy and socializing both with their humans and other animals but require early training to maintain their cheerful and obedient temperaments. When displeased, a Daxie will bark; when amused, it will make funny noises to communicate with its human. The Daxie is the definition of a big personality packed into a tiny body that captures smiles wherever it goes.

Living with a Dachshund

While a Dachshund’s small size makes it suitable for apartment and condo lives, these pups are best for homes that have open spaces and backyards, since the Dax thoroughly enjoys burying holes and playing outdoor. They do not make good pets for very young children as they have very fragile backs and can easily are likely to be injured by small children.

These crowd-pleasing pups make excellent companions as they enjoy spending time with their owners. However, this makes them more prone to separation anxiety as well. So, it is best not to leave them alone for too long. Otherwise, they might get depressed and channel that through overall bad behavior.

To keep Daxies up and running, they are given protein, natural grains, dry dog food, and even raw carrots. However, it is important not to overfeed them and ensure that they do not consume too much salt or cheese for that can give rise to health complications.

The Dachsund is genetically predisposed to developing back problems, which can be elevated by certain activities (such as jumping around furniture) because of their sausage-shaped bodies. They are also prone to epileptic seizures and degenerative eye disorder that may cause permanent blindness. Due to these health complications, the Dachshunds have an approximate life span of 12 to 16 years and requires frequent vet trips during their lifetimes.

Dachshund as a Sport-Dog

The Dachshund is trained to participate in Dachshund races. That is held across the United States where Daxis from around the world come to compete with their owners.

Like all dogs, the Dachshunds are amazing pups that radiate happiness and love. They make perfect companions and even house dogs due to their hunting nature. They love to mingle and therefore remain popular pooches around in homes around the world. So if you are a responsible person who can take care of a dog, you should get or adopt a Dax, and we are sure you won’t regret it.