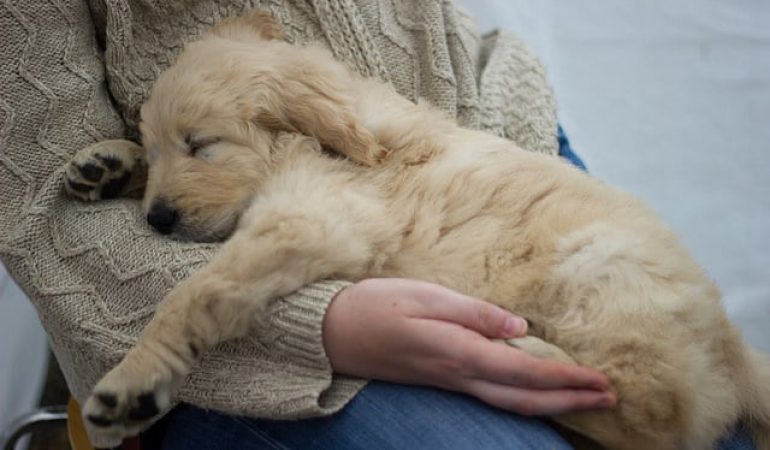 Groodle is one of the healthiest breeds with no genetic issues if the breeding has been done ethically and all the health-related measures are fulfilled. But still, they are prone to several diseases and can develop these conditions during their life.

Also known as a Goldendoodle outside Australia, Groodle is a cross between the loving Golden Retriever and hypoallergenic Poodle. Due to its wonderful features, it has become one of the most popular hybrid dog breeds around the world.

Before getting a new dog breed, it is recommended to check for several facts and important things related to that very breed, such as pros, cons, and health-related issues. Read Groodle Pros and Cons.

Groodles may inherit Hip Dysplasia from Golden Retrievers because they are prone to this hip socket abnormality like other large-sized breeds. This painful disease can result in Arthritis of joints. The dogs with Hip Dysplasia face difficulty in moving and refuse to walk in most cases. Sometimes, while walking, they stop moving immediately and refuse to walk anymore. In such symptoms, you should take your Groodle or any other dog to the vet immediately.

The vet will conduct a physical examination and an x-ray of the dog’s hip joint. In extreme cases, the dog may need surgery while in normal cases, anti-inflammatory medications and physical therapy could help.

While getting a dog from the breeder, ask for the hip score of puppy parents and make sure they are free from this genetic issue. A responsible breeder would screen its dogs for hip dysplasia before breeding them.

It’s a bit different and more painful disease than Hip Dysplasia and is common in large-sized dog breeds such as Rottweiler, Labrador, and Golden Retrievers. Elbow Dysplasia occurs due to the abnormalities of the elbow joint where the three main bones do not fit together perfectly.

For its diagnosis, the veterinarian conducts several lab tests including an MRI and a CT scan. As it is a complex medical condition, the recovery of your doggy may take some time as it usually involves surgery and physiotherapy.

Epilepsy is a neurological disorder in dogs that causes frequent seizures and the dogs collapse during these epileptic seizures. Groodles may get this severe medical condition from Poodle and Golden Retriever. During episodes of epileptic seizures, the dog may lose control and move irregularly.

As it is a neurological disorder and may be a lifelong disease for your dog, it should be treated immediately after the first symptom is witnessed. The vet will conduct a detailed physical checkup and a couple of lab tests. Seizures can be controlled through medicine so you shouldn’t let your pooch miss a single dose of its medicine.

Sometimes, dogs get so much affectionate with their owners that they can’t even spend a moment without them. So when they are left alone for some time, they behave aggressively. There are several other reasons behind separation anxiety such as change of ownership, routine, or abuse in the past. Lack of training and socialization at an early age are also among the common reasons.

It is better to talk to your vet about its treatment because it is really very important to rule out the exact reason. After that, it can be treated accordingly.

von Willebrand’s Disease is one of the most common bleeding disorders in dogs which is caused by a lack of von Willebrand’s factor (vWF). vWF is a glycoprotein in the blood that helps blood to clot. Lack of this glycoprotein is dangerous because excessive bleeding may be started in case of injury. Not only this, but they may also have symptoms like bloody urine, and bleeding from the nose, and gums.

To figure out more about this disorder, there are two different tests; one is to check the presence of von Willebrand’s Factor while the other one is the buccal mucosal screening time test. There is no cure for this disease, instead, the vets need to be careful while performing any sort of surgery, as they may need to use clotting agents to avoid excessive bleeding.

Genetics Tests to do Before Getting a Groodle

It is recommended to get a dog from a reputable breeder to reduce the risks of inherited genetic diseases. Along with that, ask the breeder for the health certificates of puppy and dog parents. 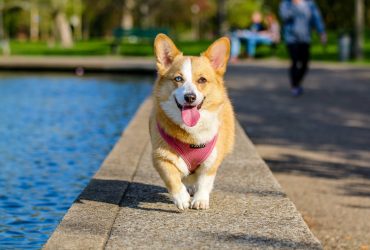 Corgi is a fluffy entertaining dog that comes in a small package. Categorized into 2 …
More 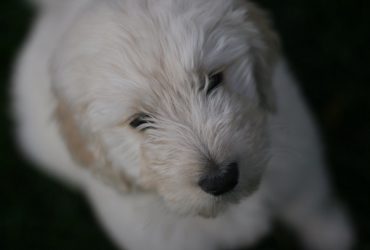 Groodle dogs, that are also known as Goldendoodles, are a mixture of the Golden Retriever …
More 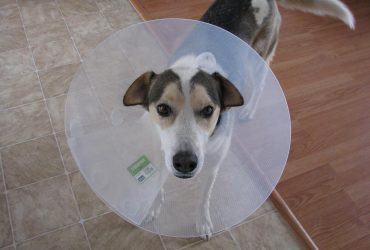