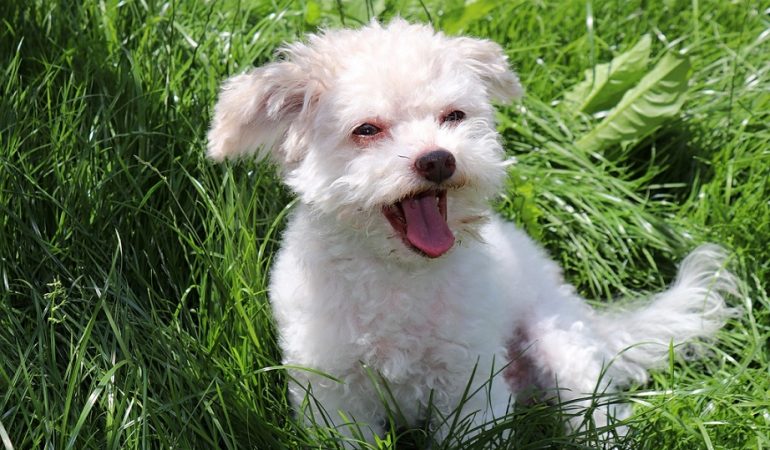 The Bolonka or Bolonki is a rare dog breed from the Russian region that resembles a walking and talking furball. These curly fur babies may be small but they are full of energy and zest.

Apart from the fact that these dogs are rare and it is not easy to find them outside Russia, they are also found in the US. We also found some Bolonka dog breeders in the US, which means you can get a Bolonka puppy in the US if needed.

Like any other breed, you need to do your homework before getting a Bolonka puppy as it is really very important to know about Bolonka’s health-related issues, traits, temperament, grooming needs, and other specifications before getting a puppy. So, we have prepared this comprehensive guide for you where you’ll find everything about the Russian Tsvetnaya Bolonka Dog.

So, if you would like to know more about it this exotic dog breed, keep reading.

History and Origin of Bolonka Dog

The Tsvetnaya Bolonka or just Bolonka is a rare Russian dog breed, whose name literally translates to ‘colored lapdog’.

It is believed that the first Bolonka was actually given as a gift to Russian Czar by Louis The 14th back in the 1700s.

They were initially developed by crossbreeding the French Bolognese with Russian street dogs making them Russia’s first toy dog breed. In fact, the Russians loved the dog breed so much that they refused to let anyone outside their borders breed the Bolonka.

It took not only a century but also the fall of an entire empire before the Bolonka could make their way to Europe in the 1960s. What is even more surprising is that it was not until 2000 that the Bolonka breed was exported to the United States.

Today, the Bolonka is known and adored around the world. The Germans like to call it Deutscher Bolonka whereas the Czech calls it Barevny Bolonsky. It appears that the breed’s popularity has made each country produce its own variation of it.

While all dogs are cute and adorable in their own way, the Bolonka stands out for its exquisite appearance and endearing nature. So, here is an idea of what you can expect your Bolonka to look like.

Bolonka dogs are sweet-natured and affectionate dogs, quick to befriend strangers. They love curling up in their owners’ laps and are generally very happy to go type. However, some Bolonkas can be bossy and yappy too, this is where early socialization helps mend their personalities into more desirable.

Mostly the Bolonka possess are very calm and soothing demeanor. They don’t bark at strangers or get uneasy around unfamiliar faces, making them less-than-ideal candidates for a guard dog.

Their favorite activity? Tug of war. Besides being smart, they are also quite competitive little creatures and will give you full-blown competition. Don’t think your Bolonki will go easy on you because it loves you. After all, they love winning just as much.

Remember when we mentioned that Bolonka has beautiful, shiny, and curly coats? Well, it doesn’t stay that way on its own forever.

Bolonka’s coats need a lot of attention and care. They are required to be brushed once a day (yes, once a day), using a wide-toothed comb so the natural curls of the coat are not ruined.

Owners also have to wash the Bolonki’s faces, and tie up their hair over their heads so they look neat and don’t experience irritation in the eyes.

Living with a Bolonka Dog

Owing to their ideal size, the Bolonka make excellent house pets suited more to apartment life than that of a fenced house perhaps. They enjoy lying around, watching tv, and playing indoors.

They also enjoy entertaining children and will shower them with all their attention and love. While the Bolonka does get along with other animals such as cats, they can sometimes play a little rough and aggressive. So, be sure to keep an eye on them.

How to train a Bolonka dog?

While the Bolonki is a smart dog, its independent nature can sometimes make it difficult to domesticate and train it.

However, don’t be discouraged. There is nothing constant effort and a whole lot of love can’t conquer. Train your dog using a combination of positive reinforcement techniques and a reward-based system for good behavior.

They are very energetic dogs, so do take them out on daily walks, so they can prance around and enjoy the fresh air.

Additionally, practice regular socialization with them and start socializing them from an early age, so they can feel comfortable and at ease around people and other pets.

If you are wondering what the Bolonka eat, the answer is, not much. Unfortunately, they run a high risk of obesity and have to be fed carefully and thoughtfully.

When you are deciding what kibble to include in their diets remember to stay wary of ingredients such as wheat and corn as they have little nutritional value.

We recommend high-protein dog food, twice a day to keep your fur babies both happy and healthy. Or the best thing is to take advice from your vet.

Recently, the future king of England, Prince William, and his wife the Duchess of Cambridge adopted a beautiful and curly Bolonka pup. Making the breed popular again amongst the Brits.

In Russia, Bolonka is known as the ‘Pride of the Nation‘ and is given get importance.

Do you know what else is surprising? These dogs are quite precious. Some breeders sell them for up to $2500.

The Bolonka are perfect house pups and companions. If you are looking for a calm and cheerful lapdog to cuddle and play with, then the Bolonka would make you the happiest person. Make sure to look out for Bolonka in a shelter before getting one from a breeder.