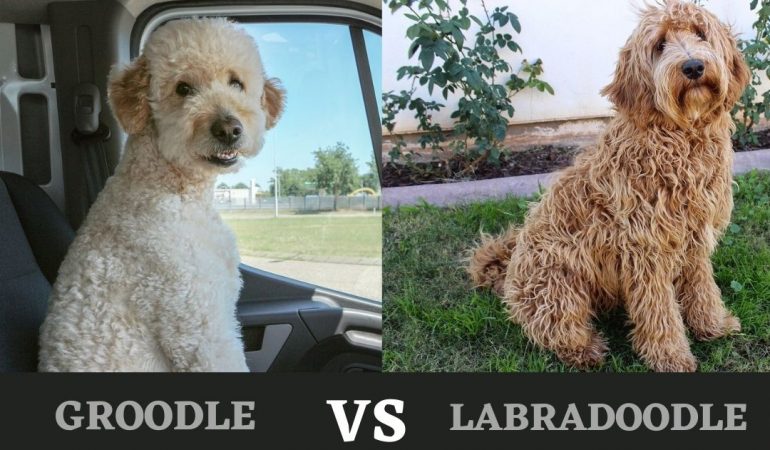 Planning on getting a new puppy and having trouble deciding between a Groodle and Labradoodle dog? Well, both the dog breeds are wonderful, and being the Poodle mixtures, both come with perks of their parent breed. Still, there are some significant differences between Groodle a.k.a Goldendoodle and Labradoodle that you should consider before making your final decision on the breed.

So, this quick comparison will clear all your confusion and doubts regarding both breeds.

Over the past few years, the Poodle crosses that are also known as Oodles or Doodles, are gaining popularity in the world. Along with the Groodle and Labradoodle, you’ll also find dozens of other Oodles such as Cavoodle, Moodle (Maltipoo), Bernedoodle, and Bordoodle. These designer dogs usually inherit the best and mixed traits from their parent breeds and that is why they have become popular.

Refer to the following table to get a quick comparison between Groodle and Labradoodle.

Labradoodle was initially bred in Australia in 1988 by Wally Cochran of Royal Guide Dogs in Victoria, Australia whose main motive was to develop an ideal guide dog with a low-shedding coat like a Poodle and a friendly nature like a Labrador Retriever to help a blind woman and her husband who suffer from dog allergies.

Wally sent approximately 33 samples to the couple to test allergic reactions. And after a lot of effort, he developed a Labradoodle by crossing a Standard Poodle and a Labrador.

On the other hand, Groodle was said to be first bred in 1969 by Monica Dickens by crossing a Golden Retriever and Standard Poodle. Poodles are among the most popular dogs in the world and the Golden Retrievers are law-abiding and faithful dogs. Therefore, it is reasonable to expect that breeders would seek to develop a breed with the qualities of both parents.

However, both of them are popular hybrid dogs and are sighted as family dogs.

In terms of temperament, both breeds are exceptional. The Groodle inherits trustworthiness, confidence and reliability from the Golden Retriever and intelligence, trainability and loyalty from Poodle. On the other side, the Labradoodle gets gentleness, kindness and trust from Labrador along with the best traits of the Poodle.

So, if you are looking for an intelligent, well-tempered and kind dog, you can go with any one of them.

Why shouldn’t you get a Labradoodle or Groodle?

The Labradoodle and Groodle don’t make the ideal guard dogs because of their friendly nature, so you should consider getting some other breed if you are looking for a watchdog, maybe a German Shepherd or Rottweiler.

Also, both breeds are prone to Separation anxiety if not trained from an early age.

Other than these two problems, both breeds are wonderful and worth having. If you have enough budget to get a Labradoodle or Groodle puppy, as well as, to bear its yearly expenses, there is no reason you shouldn’t get one of these breeds.

The Labradoodle puppy may cost you between $2500 and $4500 depending on several factors including colour, coat type, gender, and the breeder’s reputation.

The Groodle puppy may cost you between $2500 and $7000 or maybe more depending on various factors. So, you should check your budget before making a final decision.

You may also check with your local shelters for a Groodle or Labradoodle where you could find dogs and/or puppies of different ages. Read why is it important to get a dog from a shelter?

Both breeds are perfect to be kept as family dogs. Groodle is friendlier and social while the Labradoodle is smarter and super-excited. Moreover, both of them are affectionate, loyal and playful.

In terms of grooming, they may be similar because if the coat is curlier they are needed to be groomed more and if the coat is wavy or straight, the grooming requirements would be less.

Recommended read – All About Sheepadoodle 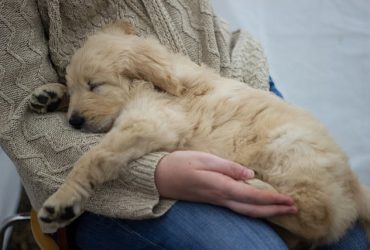 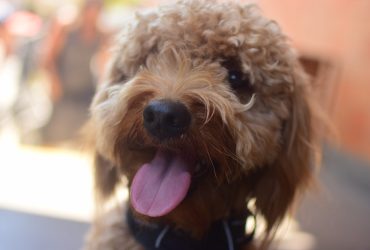 Groodles are a Golden Retriever and a Poodle cross and are also known as Goldendoodle, …
More 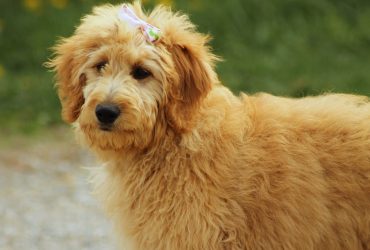 If you are looking for Groodle breeders in NSW and can’t find the right one, …
More