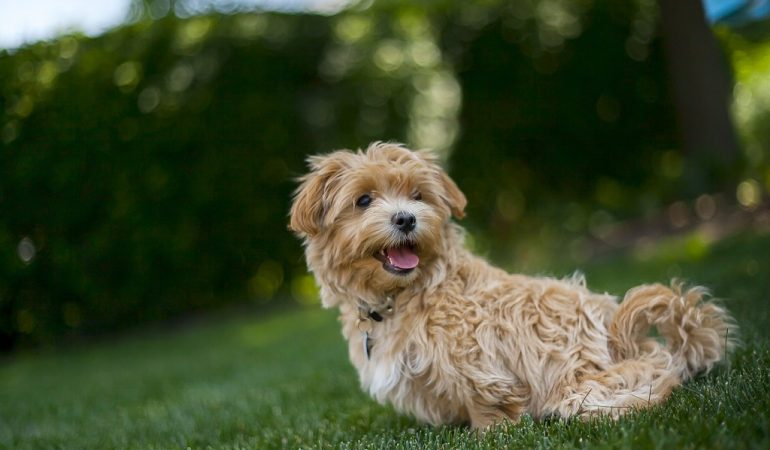 Combine the elegance of a Maltese and the mischievousness of a Poodle and you’ll have the Moodle! It is a miniature hybrid dog packed with an affectionate, warm, and funny personality.

This adorable dog will fit anywhere from the palm of your hand to a teacup! But don’t be fooled by its size, its action-packed personality is strong enough to keep you on your toes all day.

Also known as Maltipoo in the US and Europe, this designer dog is continuously gaining popularity around the globe.

If you are on this page, most probably you are planning to get a Moodle puppy or you may already have one and looking for a detailed guide on the breed. Well, in either case, you are in the best place because, in this article, you’ll find everything about Moodle you need to know including traits, health issues, temperament, grooming needs, etc.

So, let’s explore this fluffy and cute dog.

History and Introduction to Moodle Dog

Crossbreeding has been a popular practice since the start of the 20th century. One such experiment led to the breeding of the first Moodle or Maltipoo, a small fluffy dog that became an instant hit with dog lovers. Anyhow, the exact date/year of Moodle’s development and its origin is unknown yet.

Although the Moodle dogs were initially bred for people with common dog allergies, their fluffy cuteness turned them into a designer breed.

Even though Moodle is not officially recognized as a pure breed by the major Kennel clubs, this has not stopped fans from forming their very own Moodle club.

What are the best features of Moodle dog?

The Moodle dog is an adorable little dog with various distinctive features. Here are a few of them for you so you could recognize this dog easily.

When getting a new breed, one of the most important things to know about is its temperament. Because most of the dogs are abandoned on the road or left out of the shelter because of their ill-tempered personality. So, you shouldn’t get a dog if you think it would be difficult for you to raise.

Having a Moodle dog is just like getting a box of chocolates, you never know what you are going to get! While it is impossible to predict for certain what your dog will be like, the Moodles do have a reputation for being gentle, delightful, and affectionate.

The Moodle dogs are also known as the clowns of dogs. They are silly, goofy, and enjoy fooling around with their owners. By nature, they are slightly mischievous but friendly and caring.

They love to run around the house, chase after children or play with other animals. In fact, because of their overly sweet personalities and small stature, they make terrible guard dogs. Believe us when we say that they are more likely to befriend strangers than scare them away.

However, it is not always happiness and sunshine and sometimes Moodle can be noisy, yappy, and aggressive if not socialized well. Hence it is important to give them proper attention and socialization opportunities so they grow up to be warm and cheerful pups.

Living with the Moodle aka Maltipoo

Small dogs are more likely to get injured and hurt because of their fragile bodies. The Moodle is, therefore no exception and requires diligent care. They are well suited to condos and apartment lives and love curling up in their owner’s lap. If you already have a large-sized dog, consider not getting a Moodle puppy or any other small dog for the safe side.

Additionally, they get along well with children and are quite fun to live with. Another interesting thing about these cuddly babies is that they are hypoallergenic so they are less likely to trigger allergies in their owners.

Grooming needs of the breed

What is the dream dog? One that does not shed, so that dog owners don’t have to vacuum three times a day. Fortunately, Moodle fits this category and is one of the few breeds that shed their hair the least.

However, their soft, wavy coats require daily brushing and detangling. Moreover, Moodle also needs haircuts every 2-3 months, so that they don’t appear shabby. Ignoring daily brushing and professional grooming may lead to some serious health issues.

It is also recommended that you clip your fur baby’s nails frequently and brush their teeth every day. Keep an eye on their ears too and make sure there is no wax or foreign object stuck in them.

Training the Moodle dog can be challenging but is not impossible. They are generally intelligent dogs but they require more time and effort-consuming training practices.

Research proves that the best way to teach your Moodle is through positive reinforcement. Give them a treat every time they do something good. Buy them interactive toys that stimulate their interest and keep them engrossed. Canine enrichment activities are highly recommended for their mental stimulation.

Also, remember to take your Moodle out on a walk or jog every day so that he does not turn into a couch potato.

While these dogs may be small, they are very energetic and hence, have a fast metabolism.  The best diet plan for a Moodle consists of small-breed dog food that is abundant in protein and contains minimum carbohydrates.

Carbs can make your dog obese and lazy, leading to several health complications. But this doesn’t mean that you can’t occasionally reward your dogs with a delicious dog treat.

Even though crossbreeds tend to be much healthier than pure breeds, there are still several health complications that can occur.

Moodle has a slightly higher risk of developing eye diseases such as Progressive Retinal Atrophy (PRA). There is no cure for PRA and in most cases, it leads to permanent loss of vision. Therefore, it is recommended that you take extra good care of your dogs and schedule routine trips to the vet. Also, get your Moodle puppy from a reputable breeder that follows the best breeding practices.

How big is a full-grown Moodle?

Most Moodle dogs grow up to 14 inches and weigh up to 13 pounds but you should expect more or less depending on several factors such as the bloodline and parents.

Do Moodles bark a lot?

No, this adorable dog is a moderate barker and would not be disturbing you all the time.

Can Moodles stay alone for a long time?

Yes, they can. But it is recommended to not leave them alone for more than 4-6 hours.

Some Quick Facts About the Breed:

Due to their excellent temperament and gentle personalities, Moodle can serve as great therapy dogs, especially for elders who can not handle large-sized dogs.

Did you know that there is a dog breed called, teacup Moodle? This is because it is small enough to fit in a teacup!

What is perhaps most astonishing is that Moodles can sell for over a few thousand dollars.

Moodle are amazing dogs, they aren’t just comical and clever but also incredibly caring. Owning a Moodle is therefore a rollercoaster of emotions and responsibilities. But who could resist such a charming and loveable pet?

So, if you are looking to adopt a pet, go get a Moodle and we are sure you won’t regret it. Who knows, you might just find the perfect companion. 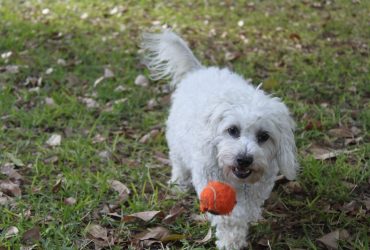 Moodle aka Maltipoo is a cross between Maltese and Poodle. This small-sized dog is one …
More 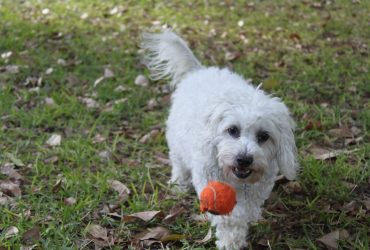 If you are looking for Moodle puppies for sale anywhere in Australia, you are just …
More