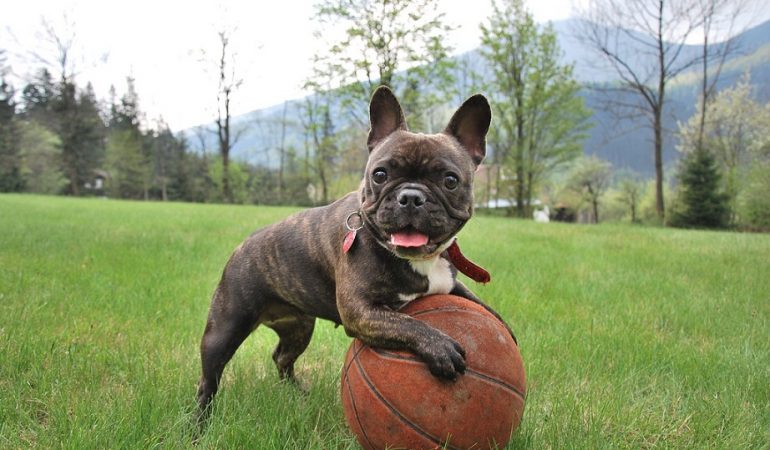 French Bulldog or Frenchie is one of the top 5 dog breeds in the world including the US, Canada, South Africa, Australia, and the UK. It is a small-sized dog that is popular for its adaptability, always-happy nature, and companionship. But recently, a rare version of this breed- the Hairless French Bulldog made it into the headlines.

After making it into the headlines, it was highly criticized by vets, experts, ethical breeders, and various organizations. According to them, it is an unacceptable trend and such practices of cruel breeding should not be encouraged.

So, what’s the hype with the Hairless French Bulldog?

What is the difference between a haired and a hairless French Bulldog?

Or if you are planning to get a Hairless Frenchie puppy, it’s better to read this guide first, so you’ll be able to decide on whether you should get one or not. So, let’s find out more about this hyped dog breed.

Usually, the French Bulldog has a short and smooth coat that sheds all around the year but this Hairless Frenchie has no hair on his body, you can expect to see small patches of hair on its back and head.

They were said to be originated in China in 2020 when a local breeder crossbred some other dog breeds with the French Bulldog. While according to another report, this breeding occurred in Scotland. Soon after their appearance, they became popular in other countries too including the US, the UK, and Canada.

Which breeds make a Hairless Frenchie?

Apart from the fact that breeders and vet experts are calling it unethical and extreme breeding, this dog is gaining popularity in the UK, the US, and Canada.

This breed is just 2-3 years old and is a mixture of 3 different dog breeds, hence, one can’t really tell the exact features of this breed. It may take a lot of time to define a new breed’s standards because it needs several generations of breeding to improve the breed standard.

As per the current data, they may grow up to 13 inches (33 cm) and weigh between 15 to 28 lbs (7 to 13 kg) when grown fully. They are found in a variety of colors including brown, brindle, white, black, tan, and more than one color.

If it was just a rare version of the purebred Frenchie, we could easily tell more of its traits because it would be similar to the traditional French Bulldog. But this breed is an unusual mixture of 3 different breeds, one cannot easily predict the exact features. Yes, we can look closely at the parent breeds and make some guesses about the hairless Frenchie’s features.

The French Bulldog is a friendly, well-tempered, and intelligent dog that can become an ideal companion. It is friendly with kids and other dogs. It is an ideal choice for novice owners because it is easy to train and maintain. This loving dog is always ready to play. We can expect one or more such traits in the Hairless French Bulldog too.

A pug is often considered a small dog with a big personality. It is a toy dog breed with an exceptional sense of humor. Just like a Frenchie, it is also a suitable dog for novice or first-time owners and adapts excellently to apartment living. It is friendly, easy to groom, playful, and excellent with its family.

So, in conclusion, we can say that the Hairless Frenchie would be a friendly dog that loves its family. It would be easy to train and can be an ideal companion dog for any family. If you are a first-time dog owner, this dog is the right match for you.

They are called hairless but they do have short coats with little to no hair that shed all year around. especially in summer, they shed cats and dogs due to the reason that they start losing their winter coats in warmer months. So, we can say that this breed is not for those with allergies.

They won’t be needing any special grooming but it is recommended to brush them once a week. Along with that, you need to bathe them once a month.

Other than that, you should brush their teeth regularly to prevent them from oral diseases. Make sure their ears are clean and there is no wax or foreign objects in their ears. Also, remember to clip their nails carefully.

Being a brachycephalic breed, the French Bulldog already has some unique health conditions that a non-brachycephalic dog does not have. The shape of their skull makes it difficult for them to breathe normally like other breeds. Their cross with Pug (another brachycephalic breed) and a Chinese Crested Dog has worsened things because crossbreeding requires a lot of extensive research which has not been done in this breed’s case.

So, we can say that the Hairless French Bulldog is prone to developing severe breathing problems which can further lead to heat stroke and other complications. Along with that, you should also expect them to develop dental issues.

An additional health issue in the Hairless Frenchies is related to their skin as it will be exposed all the time. In winter months, they’d feel difficulty in keeping themselves warm while in the summer months, they could easily get sunburn and other skin infections. It is one of the major reasons that vets and experts are calling this type of breeding cruelty to this breed.

Experts and vets warn that you shouldn’t get this dog due to possible health issues. Still, if you are going to get one, it would be really very difficult for you to find a reputable breeder of Hairless French Bulldogs.

If you somehow succeed to find a breeder, this pup may cost you between $2000 and $4000 or maybe more. Our research team did not find any ethical breeder breeding this dog.

In terms of maintenance, unfortunately, this dog could be a disaster for its owner. Apart from regular supplies, routine vet visits, grooming, and food, expect to spend more on their health, especially, on breathing and skin-related issues.

What else should you know about a Frenchie?

To know more about a Hairless Frenchie, we can simply take a closer look at the regular French Bulldog. So, given below are some of the facts and tips, that would help you if you are planning to get this breed.

There are much more good traits and pros of having a French Bulldog or a Hairless French Bulldog, but you should always remember that the hairless version is the result of cruel and unethical breeding, and should not be encouraged at all.

Is it a good idea to get a Hairless French Bulldog?

It is about trends and nowadays people go with the wind. Unfortunately, this dog has become trendy which encourages the such type of unethical breeding. There are hundreds and thousands of dogs stranded in shelters and rescues waiting desperately for someone to adopt them but people tend to spend thousands of dollars on a crossbreed just for the sake of trends or style.

The British Veterinary Association and other non-profit organizations have taken a strict stance against this breeding practice and they called it cruel and an example of extreme breeding. According to them, puppy mills and backyard breeders have started breeding this dog without considering the possible negative effects on the litter. They further added that this practice should be discouraged for the sake of dogs’ health and instead of inventing new breeds, the dogs stranded in shelters should be adopted.

Reading the facts about the Hairless French Bulldog, it is a good idea to not to get this dog and discourage this trend of extreme breeding. Dogs are not a symbol of status but they join your family to become an integral part of the family. By getting a dog that is bred and produced in the most unwanted way, we become a part of this cruelty.

If you do not have specifications about the breed, go and adopt a dog from a shelter or rescue. If you are looking for a certain breed that suits your lifestyle and can’t find one in a shelter, get a puppy from an ethical, responsible, and well-reputed breeder. 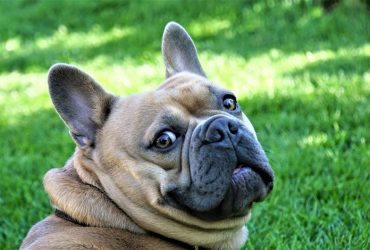 The French Bulldog is a small-sized purebred dog originally developed as a companion dog. It …
More 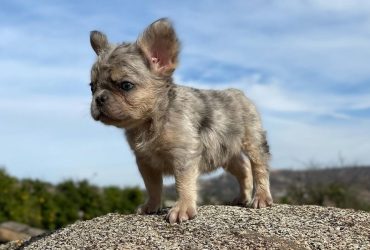