Did you know that the Beagle is among the Top 10 most popular dog breeds in the world?

And did you also know that the Beagle was in the 8th position in 2013 in terms of registrations? For the full list, please check FCI Worldwide Figures 2013.

Originated in England, Beagle is a small-sized hound that doesn’t hunt by sight, instead, it hunts by scent. Beagle is intelligent, healthy, and has a good temperament, which makes it a popular pet dog in many countries.

This post contains the 13 mindblowing Beagle facts which you as a dog lover should not miss. So, without further ado, let’s explore the Beagles below.

13 Interesting Beagle Facts You Must Know

Best of the best sense of smell

Beagle is one of those dog breeds which have a wonderful sense of smell. According to scientists, the Beagle’s sense of smell is about a thousand times better than the humans and if they are compared to other dog breeds, they are among the top 3 in terms of their sense of smell. The other 2 are Bassetts and Bloodhounds.

Snoopy was a Beagle

Snoopy was created by Charles Schulz in 1950 for a comic strip and is probably one of the most famous Beagles in the world and it still appears in comic strips and television specials after even 60 years.

In the Top-10 breeds for a long time

After Beagles were recognized by AKC (American Kennel Club) in 1885, they remained in the Top 10 dog breeds in the U.S every decade since then.

Yes, the Beagles were about 8 to 9 inches tall and they were called Pocket Beagles because they were small enough to fit in a pocket. Later, they became extinct in 1901 when the hunters started to prefer larger dogs for hunting.

Beagles are said to be thousands of years old. They are so old that their exact origins could not be confirmed but they are found in several paintings that date back to over 2000 years ago.

They can sniff out everything

Because of their wonderful sniffing, they can sniff out almost everything such as illicit substances and drugs, etc. They are also capable of sniffing out diseases like cancer if trained well to do so.

The Beagles have been featured in Hollywood movies and some of the most famous Beagle movies are Underdog, The Peanuts Movie, Shiloh, Cats & Dogs, Saving Shiloh, and Shiloh 2: Shiloh Season.

President Lyndon B. Johnson Had 4 Beagles

The 36th U.S President Lyndon B. Johnson was a dog lover and there were 6 dogs in the White House while he was in office. Four of these dogs were Beagles named Edgar, Freckles, Him, and Her.

Because of their excellent sniffing and tracking ability, they are often employed as drug sniffers at airports, search-and-rescue dogs, and service dogs.

As they are good at sniffing and hunting, they are often crossed with other breeds to get a multitasking breed. Some of the most popular Beagle crosses are Busky (Beagle + Husky), Beaglematian (Beagle + Dalmatian), Poogle (Beagle + Poodle), and Beagi (Beagle + Corgi).

Beagle is one of the best dogs in terms of temperament. It instantly creates bonds with anyone, even with strangers. That is why they are not considered good guard dogs as they may end up licking the predator.

Beagles are usually healthy and their overall health is phenomenal but they may suffer from dwarfism, hypothyroidism, and epilepsy.

The tail with the white tip

All the Beagles’ tails have white tips and if a Beagle’s tail does not have a white tip, it means it isn’t a purebred dog.

So, guys, it was Beagle, one of the most talented and friendly dogs that can instantly become your friend. Although Beagle was bred for hunting purposes, now they can be seen in many places and houses. 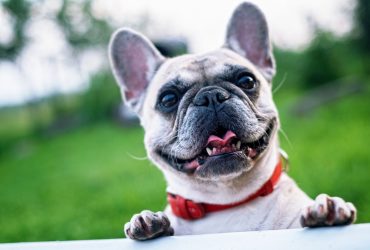 Dogs are among the most popular pet animals in the world. There are hundreds of …
More