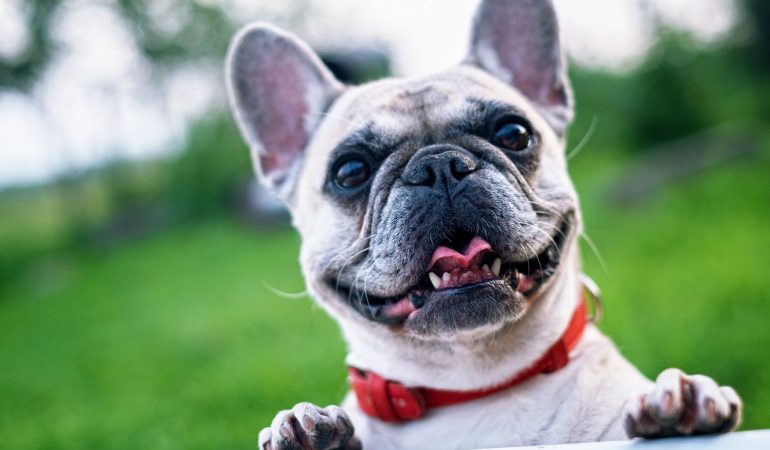 Dogs are among the most popular pet animals in the world. There are hundreds of recognized and unrecognized dog breeds but regardless of breed, they are considered as a family.

The canine world is a collection of wonders and mind-blowing facts. Every single breed has different traits and facts that can’t be ignored easily. So, this time, we have decided to collect some cool dog facts for our readers.

The best part: These coolest dog facts are a treat for your kids and you can even create trivia for them.

Another best part: Our target is to add at least 1000 facts about dogs in this very article, so we’ll update it every month.

60+ Dog Facts you must know

1: The puppies are born deaf, blind, and toothless. They start developing all of them after 2 weeks of their birth gradually. 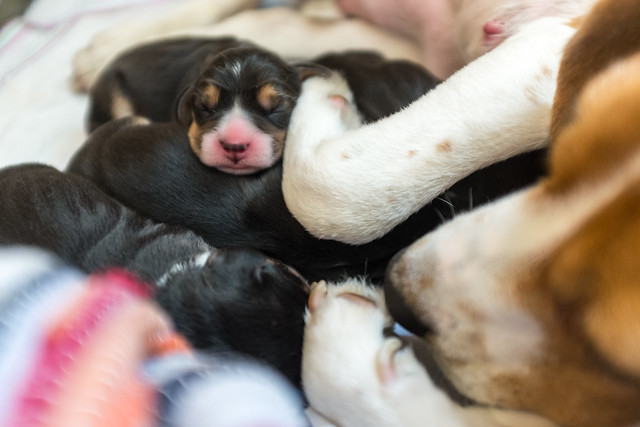 2: Airedale Terrier is also known as “King of Terriers” because it is the largest Terrier dog.

3: Do you remember the popular cartoon character “Scooby-Doo“? It was a Great Dane which is one of the largest dog breeds in the world.

4: Basenji, which is a Central African dog breed, is a barkless dog. Instead of barking like other dogs, it produces a yodel-like sound.

6: The Prague Ratter which is a Bohemian dog breed, is the world’s smallest dog in terms of height.

7: According to a survey, the most popular male and female dog names in the year 2020 were Max and Bella respectively.

8: Technically, all the dog breeds are descendants of wolves. Shocked?

9: Norwegian Lundehund is a dog breed that originated in Vaeroy island in Norway. It was originally bred to hunt puffins.

10: Keeshonds are said to be the best guard dogs by nature and they don’t need any special training for that.

11: It is prohibited to make ugly faces at dogs in Oklahoma by law.

12: According to a survey, about 45% of the dogs sleep with their owners in their beds.

13: The Australian Kelpie is a very high-energy dog and it needs a lot of exercises to stay healthy.

14: Miniature Pinscher is often mistaken as the miniature version of Doberman Pinscher, but both of them are different breeds.

15: Puli is a Hungarian dog breed and it is said to be one of the oldest dog breeds.

16: According to a study, your dog can get jealous if they see you display affection for someone else. So, be careful guys.

18: Greyhounds can beat Cheetahs in a long-distance race because a Cheetah cannot retain its highest speed for more than 200-300 yards. 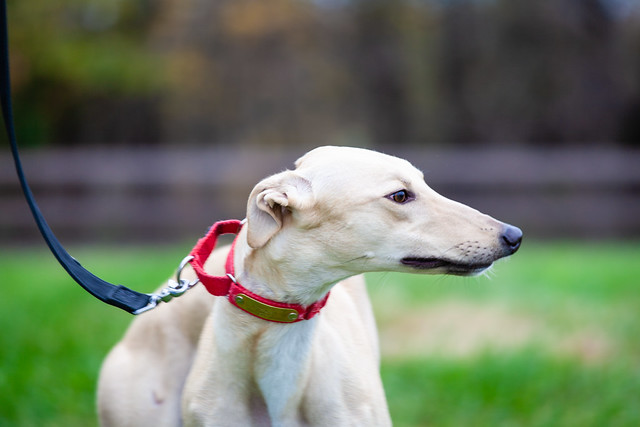 19: Milly, a female Chihuahua from Dorado, Porto Rico holds the world record as the smallest dog in terms of height. She was just 3.8 inches tall and weighed 567 grams as of 21 February 2013.

20: There are about 89.7 million pet dogs in the U.S. Labrador Retriever is the most popular of all the dog breeds.

21: Poodles are ranked as the second most intelligent dog breed in the world.

22: The Shetland Sheepdog is also known as “Shadow” because of its affection and attraction towards its owners.

23: Chihuahua is the smallest dog breed in the world in terms of weight, and it may weigh from 1 to 6 pounds.

25: Dalmatians have beautiful black or liver spots on their bodies. Interestingly, when born, their bodies are completely white and they develop the spots over time.

26: Lagotto Romagnolo is an excellent digger and is the best dog breed used for truffle hunting.

28: Beagle is one of the 3 best dog breeds having the sharpest sense of smell.

29: Stray dogs in Russia are so smart that they can ride and get off the subway system in search of food.

30: Some breeds of dogs are smart enough to detect cancer and other health conditions if trained well.

31: Norwegian Lundehund is the only dog breed having six toes on each foot.

32: The dog which was featured in the Hollywood movie “The Wizard of Oz” was a Cairn Terrier. 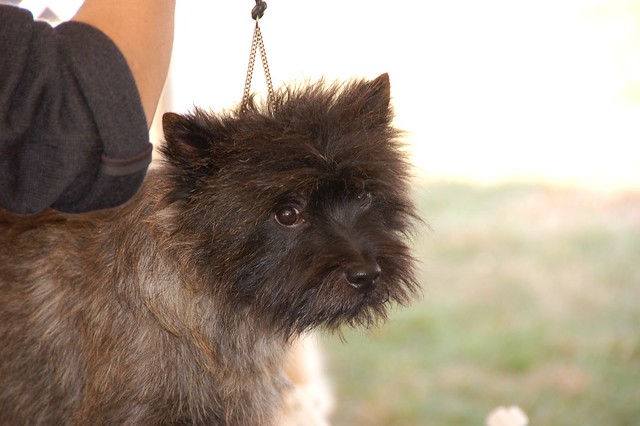 33: Dogs usually chase their tails because of several reasons including boredom, ticks, and fleas, or to get the owner’s attention.

34: According to a law in Little Rock, Arkansas, dogs are not allowed to bark after 6 p.m.

35: The Czechoslovakian Wolfdog was created by breeding Carpathian Wolves and German Shepherds.

37: Chow chow is a large-sized dog breed that is famous for its purple or blue-black colored tongue.

38: According to an estimate, there were about 900 million dogs worldwide in January 2018. There are no fresh statistics on this.

39: Newfoundlands have webbed feet and water-resistant coats that is why they make the best lifeguards. According to many Newfoundland owners, their dogs have tried to rescue them while they were swimming.

40: The St. Bernard dog belongs to the St. Bernard Pass between Switzerland and Italy. This large dog was famous for rescuing people in the snow.

41: Poodle is one of the most popular dog breeds used for crossbreeding. The most famous crosses are Bernedoodle, Cavoodle, Shih Poo, Groodle, and Saint Berdoodle.

42: Lyndon B. Johnson was the 36th U.S president and he had 6 dogs with him at the White House while he was in office.

43: Akita is a handsome Japanese breed and it was bred to hunt bears. 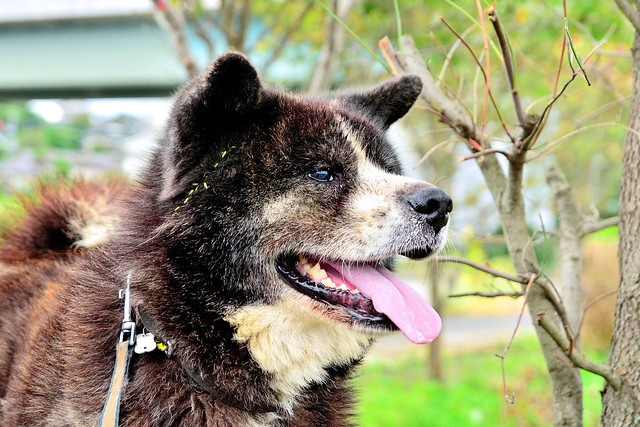 44: Basenji is ranked as the second least intelligent dog breed in the world.

45: The Bulldogs were originally bred to control bulls.

46: In Switzerland, they have made it compulsory to take training classes for owners before getting a dog.

47: Chinese Crested Dog is said to be one of the best dog breeds for disabled owners.

48: Zeus, who was a Great Dane, holds the Guinness World Record as the tallest dog in the world. His height was 44 inches or 1.118 meters.

49: While in the City of Turin, Italy, you must walk your dog thrice a day or get ready to pay a fine.

50: Malinois, which is a sub-breed of the Belgian Shepherd, is an ideal dog breed that can be used as a police dog.

51: Bully Kutta is one of the Mastiff breeds that was originated in Pakistan and India. Unfortunately, it is being used for dogfighting purposes illegally.

52: The Jagdterrier is a German dog breed that was developed for hunting purposes. It is said to be one of the most active breeds which need up to 90 minutes of exercise and other activities daily.

53: The Chihuahua dogs have a soft spot in their heads just like human babies. This soft spot is known as Molera.

54: Azawakh, which is an African dog breed, can reach up to 64 km/h while running.

56: Dogs’ senses are so strong that they can hear, see, and smell many things that we humans can’t. And when they do so, it feels like they are sensing the supernatural that is not true.

57: According to studies, Shiba Inu, Chow chow, and Siberian Husky share the most DNA with the wolf.

58: The fur of dogs doesn’t guarantee protection from cold and snow. They still can suffer from hypothermia, so always keep your dogs pampered.

59: Pyrenean Mastiff is a Spanish Mastiff breed that is one of the largest dog breeds with an exceptional temperament.

60: India is home to near 20 dog breeds including Indian Spitz, Kanni, Mahratta Greyhound, and others. Unfortunately, most of these breeds are on the verge of extinction. More Indian Dog Breeds.

61: Corgi has 2 sub-breeds; Pembroke Welsh Corgi and Cardigan Welsh Corgi. Although Cardigan is the older one, Pembroke is more popular because of its association with the English Royal family.

62: Shih Tzu, the small-sized Chinese dog breed was considered a symbol of royalty in ancient times and it was never sold, instead, it was only exchanged as a gift.

64: Canadian Eskimo Dog is one of the best sledding dogs. Unfortunately, it is on the verge of extinction, and no more than 300 species of this dog breed are left in the world.

65: Did you know that dogs are the cleanest animals in the world by nature and they hate if the bad smells pop out of their bodies.

So, friends, these were the 65 dog facts for you, and stay tuned for more. And yes, if you wanna share something about dogs, share it through the comments below and I’ll add them in the next phase of this post. 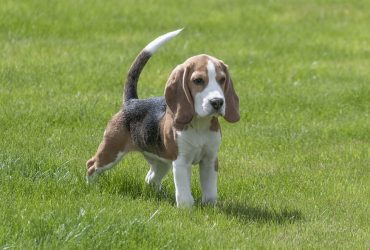