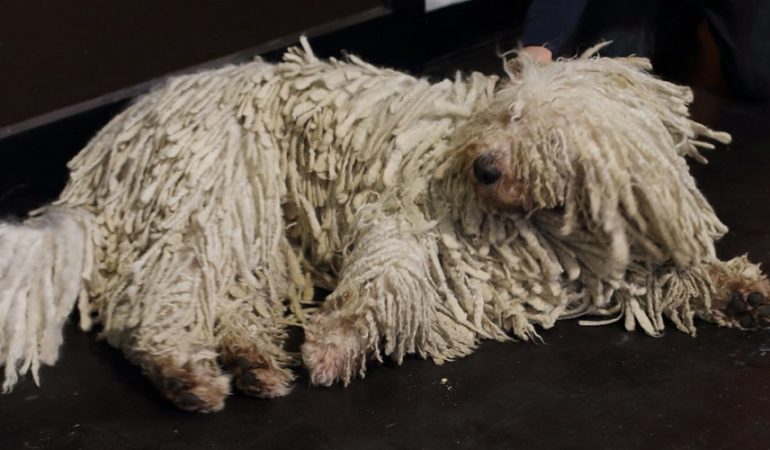 Komondor is probably one of the most weird-looking dogs because of its corded coat. And yes, Komondor is not just about weird looks and mop-like coat, it is among the best livestock guardian dogs.

Being one of the Hungarian national treasures, this breed is said to be either the descendant of Tibetan dogs or Russian dogs and was brought from Asia to Hungary around the 10th century. It is currently preserved from modification by the Hungarian authorities.

Because of its wonderful features and looks, we thought to write a quick post about the Komondor dog. We have collected some quick and fun facts about Komondor. So, let’s explore more about this Camouflage breed below.

But first, the quick profile of Komondor.

Now find the 5 fun facts about Komondor below.

Well, they don’t need to be brushed in their natural dreadlocks but their grooming needs are really very high. If you are planning to get a Komondor, you must remember that their cords need to be separated more frequently. Also, you need to bathe them more often because their coats attract dirt.

Komondor is said to be one of the oldest dog breeds that exist on the planet. They were brought by the Cumans to Hungary in 1237 after the Mongol invasion. They were used to protect goats, lambs, and cows from the predators.

As the Komondorok are alert and fearless, they make excellent watchdogs. They are cautious towards everyone they don’t know, even other pets too. So, if you train and socialize them from an early age, they can become an ideal watchdog for your family.

So, friends, it was Komondor, one of the weirdest dogs out there. Apart from its unique coat, it is a loving and friendly dog. If you are an inexperienced or first-time owner, you are recommended to not to get Komondor as it may be difficult to train and maintain. Instead, you can get some other breed such as Doodles, Labrador, or a Shepherd