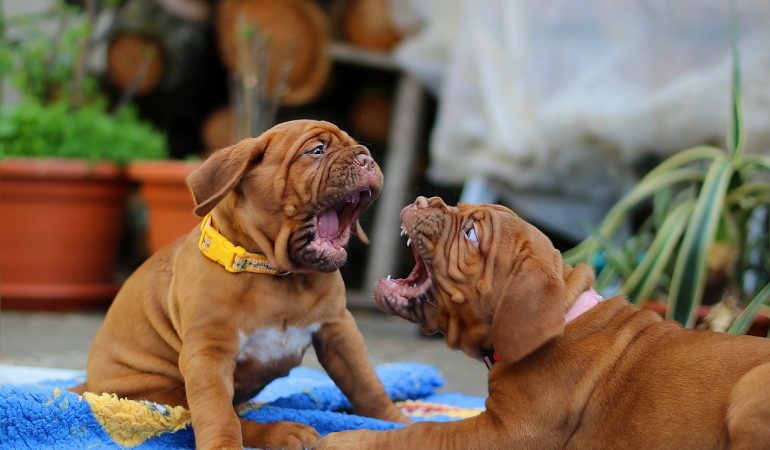 When we read or hear the word Mastiff, a large-sized strong dog with a bulky skull comes into our mind. The existence of Mastiffs dates back to about 3,000 years ago and there are several Mastiff dog breeds around the globe.

Because of their strong gesture and macho looks, they have been used as war dogs, hunting dogs, guardian dogs, and unfortunately fighting dogs. In many countries, people use them legally and illegally for fighting purposes.

Mastiff dogs look very aggressive but believe it or not, most of the Mastiff breeds are calm and peaceful. The reason behind their aggressive behavior is the way they are raised and trained.

In this article, you’ll find the top 10 Mastiff Breeds which are either popular in their origin country or around the world.

So, let’s explore the 10 best Mastiff breeds below. 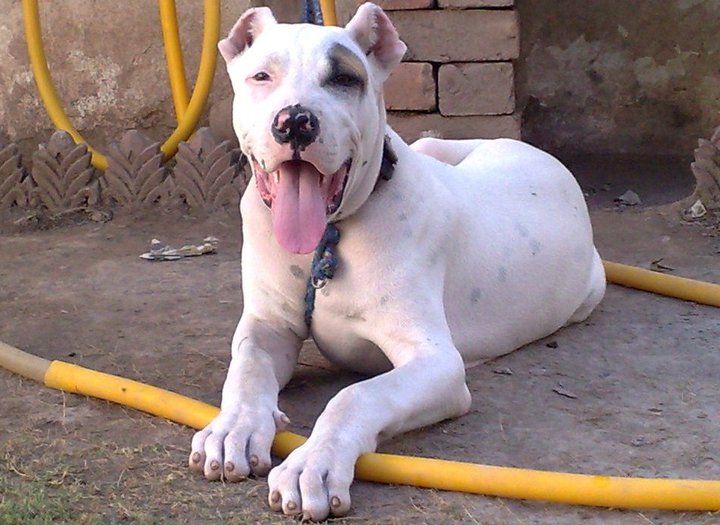 The Bully Kutta or a Pakistani Bully is one of the most popular dog breeds in South Asia. It was originated in Pakistan and India and dates back to the 16th century when it was used as a hunting dog or guardian dog.

The Bully Kutta is an energetic, aggressive, and highly-intelligent Mastiff breed but it is not an ideal breed for first-time owners. In 2009, the Bully Kutta outranked many breeds including Collies in an aggression test.

Unfortunately, the Bully Kutta has been used for fighting purposes in several areas of the sub-continent. 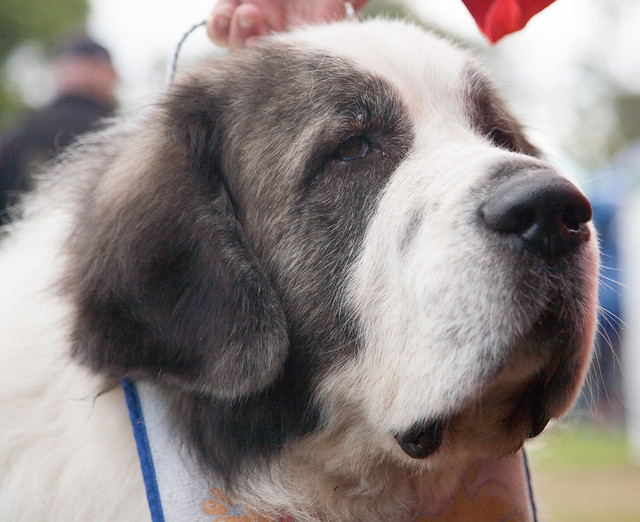 The Pyrenean Mastiff is a Spanish Mastiff dog breed that is a large-sized dog but has an exceptional temperament. It is very calm and peaceful which makes it an ideal Mastiff breed for families who are looking for large-sized dogs.

The Pyrenean Mastiffs are usually a lazy dog breed that doesn’t like to exercise much, still, they need to be exercised a bit to avoid any mental health issues.

The Pyrenean Mastiff does very well with children but they need to be monitored carefully as their large size may be a threat to infants. 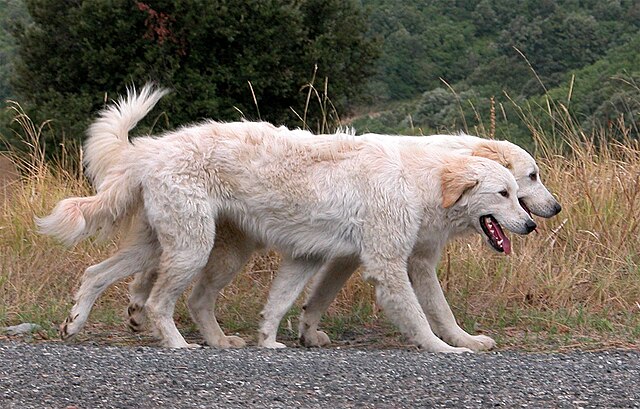 The Abruzzese Mastiff or Mastino Abruzzese is an Italian Mastiff breed that was used as a livestock guardian in Norway and the United States. While guarding the livestock, they are employed in a pack of 4 to 10 dogs and one of them engages the predator if they have a face-to-face interaction with it.

The Abruzzese Mastiff has further 5 sub-types such as the Maiella type, Marsicano type, Pescocostanzo type, Aquilano type, and Peligno type. 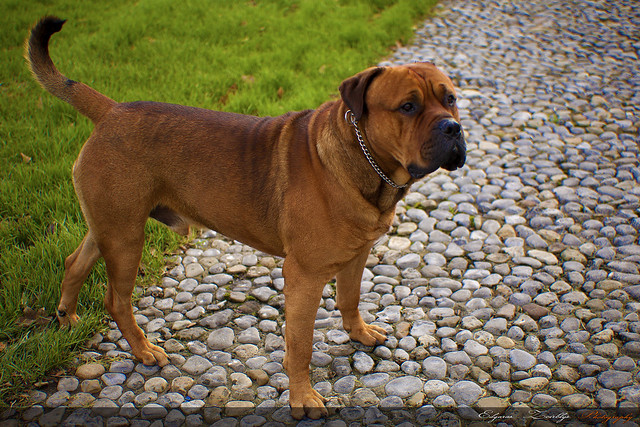 It is among the healthiest and the laziest breeds which tend to be couch potatoes but daily exercise would be necessary to keep them happy and fit.

It is said that the North American Mastiff is a product of the English Mastiff and Kangal Shepherd. 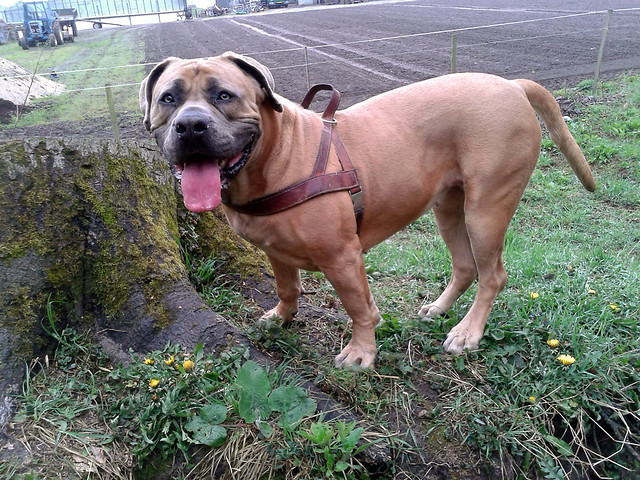 The Boerboel’s bite is said to be one of the most powerful bites that may force up to 800 psi (A lion has 650 psi). Nowadays, Boerboels have been bred widely in South Africa and exported worldwide. 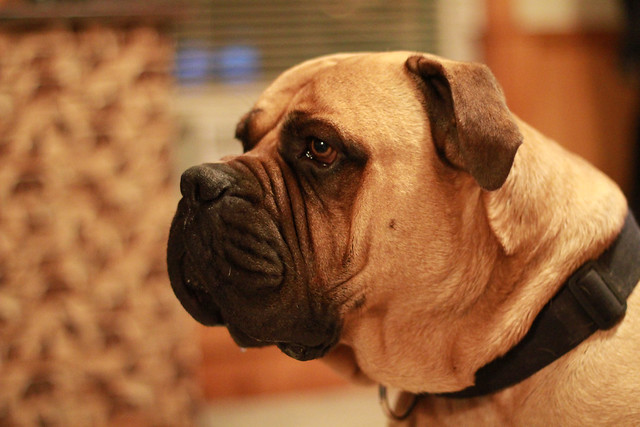 The Bullmastiff is a large-sized domestic breed from the United Kingdom which is a product of the English Mastiff and Old English Bulldog. The Bullmastiffs were used as estate guardians by the Britains in the 1800s. This strong but sensitive Mastiff breed can be trained to become the best family dog.

The Bullmastiffs are natural guardians and they don’t need any training to protect their homes and owners. They may develop several health issues so it is important to get them checked by your vet every 6 months. 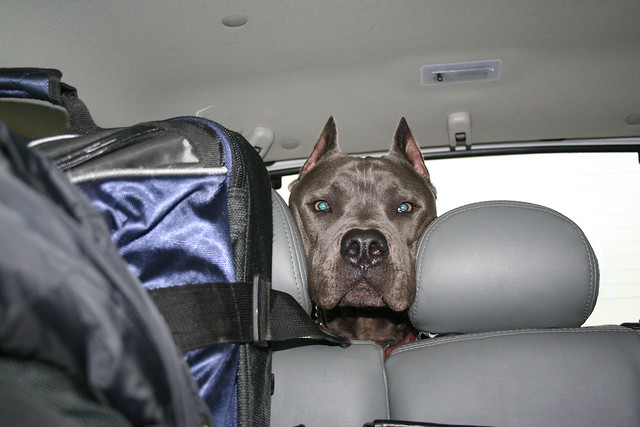 The Cane Corso is a large-sized Italian dog breed. Also known as the Italian Mastiff, it was used as a police dog, for tracking purposes, guardian, and for protection purposes. It is a muscular dog and is related to Neapolitan Mastiff.

The Cane Corso is less bulky as compared to other Mastiff breeds. It usually comes in two basic colors: fawn and black. It is a loving, affectionate, and easily-trainable dog that loves its owner’s family, especially the children. 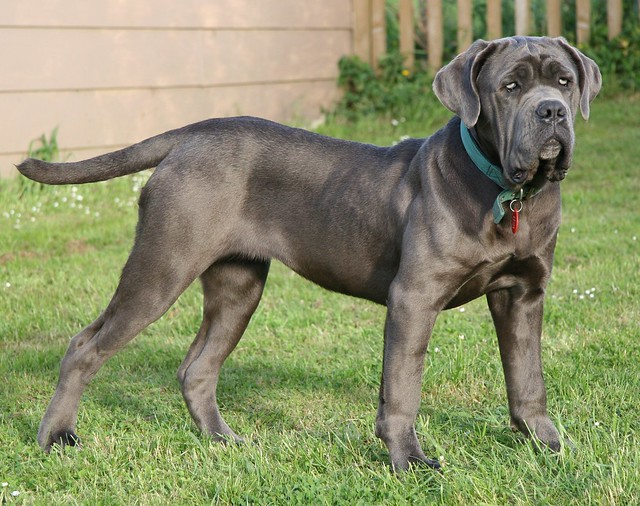 The Neapolitan Mastiff is another Mastiff breed from Italy which is the best guardian and the defender of its family. Also known as Italian Molosso, this dog is known as the cousin of Cane Corso.

It is a fearless, protective, and very powerful dog that prefers to be with its family and is always alert. This intelligent Mastiff breed is a quick learner and can be trained easily. If raising a Neapolitan puppy, it is important to socialize them properly to avoid their aggressiveness towards strangers. 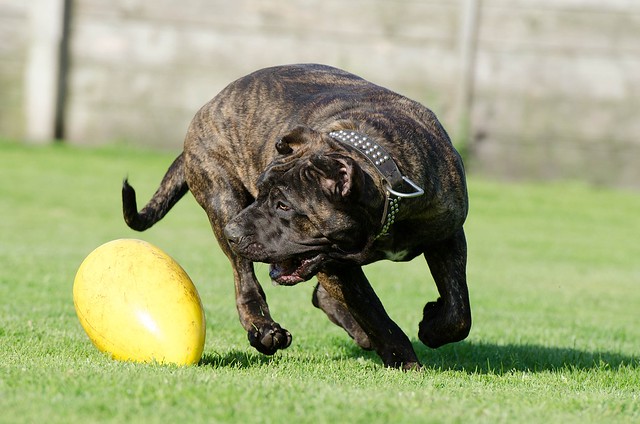 The Perro de Presa Canario or Canary Mastiff is a large-sized dog with a thick and muscular body. They are aggressive and powerful because of this they were also used as fighting dogs.

The Canary Mastiff needs early socialization and training or they may give you a tough time in their adulthood, especially, when they see strangers and non-familiar dogs. In 2001 and 2017, two different people were reportedly killed by the Canary Mastiffs when they were being used as guard dogs.

The Tosa is a Japanese dog breed which is also known as Tosa Inu and the Japanese Mastiff. The Tosa Inu is restricted in many countries because of its aggressiveness. In Japan, it is used for dogfighting purposes and unfortunately, it’s legal there.

The Tosa Inu dates back to the nineteenth century and later these dogs were bred with many other breeds to a larger and stronger breed. Many countries don’t allow to keep Tosa as a pet dog which includes the United Kingdom, Australia, Denmark, Norway, Malaysia, and Germany.

So, these were the top 10 Mastiff breeds around the globe. Some of them are popular worldwide but many of them are unknown and less popular outside their origin country. 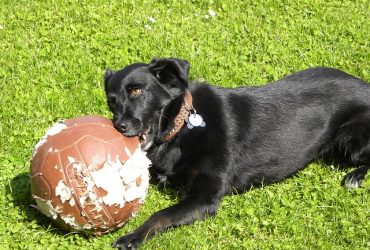 So your dog chews anything and everything regardless of whatever it is, right? Remember, it’s …
More 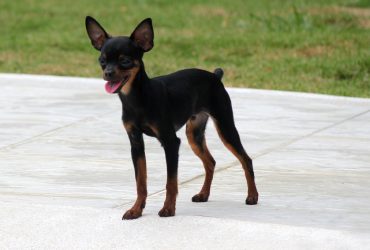 Update: AKC has just announced its 200th breed which is Bracco Italiano. The announcement was …
More 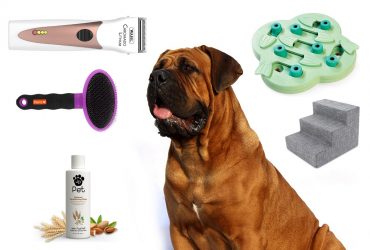