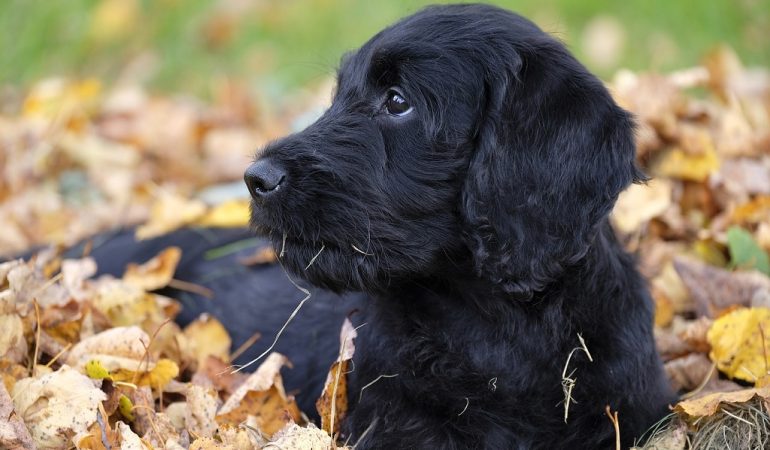 Labradoodle is a cross between 2 popular breeds; Labrador Retriever and Poodle. This designer dog is said to be originated in Australia when a couple intentionally crossbred both breeds to get a dog with the best possible traits of Poodle and Labrador.

At the moment, Labradoodle is among the top 10 mixed breeds in the world. Due to its popularity, it has become a hot cake and in 2020 and 2021, it was one of the most purchased puppies.

It is an energetic but easy-going dog breed that loves you a lot. It has an exceptional temperament and does well with everyone including kids, elders, other pets, and even strangers.

If you are also planning to get a Labradoodle puppy and looking for the FAQs, you are in the right place. In this place, we have added 10 frequently asked questions about Labradoodles. So, let’s find out more about the breed below.

How big is a full-grown Labradoodle?

A full-grown Labradoodle is around 24 inches while it may weigh around 65 pounds. It takes a Labradoodle 18 months to grow fully.

Yes, Labradoodle is an extremely loving and affectionate dog and loves to cuddle its humans. If you want a special dose, let them play and tire, and they will become an instant cuddle gadget.

They are low-maintenance dogs or we can say that their maintenance level is moderate. Their coat needs to be brushed twice a week while professional grooming may be required every 6 to 8 weeks.

Which one is better, male or female Labradoodle?

Both genders have different traits and habits. Male Labradoodles are usually more dominant, territorial, playful, and independent while they can be distracted easily.

Female Labradoodles are easier to train and more connected to their humans. These traits may be different if your dogs are not spayed/neutered.

Are Labradoodles hard to potty-train?

Well, if you are consistent, it is not much difficult to potty-train your Labradoodle puppy. Just follow the routine, observe your puppy’s needs, and make a schedule so you’ll easily be able to potty train.

How often should a Labradoodle be bathed?

You can bathe your Labradoodle once a month or so. Also, you may follow a different routine if the weather is too cold and your pup doesn’t like to be bathed.

Do Labradoodles bark more or less?

Overall, they are moderate barkers and won’t bark unless they are triggered. Still, it is better to train them not to bark from an early age.

Can I leave my Labradoodle alone?

Although it is not good to leave your Labradoodle or any other dog alone for a long time. But if you need to do so, you can train them to be non-destructive when left alone. Check Separation anxiety in dogs.

What are the common health issues in a Labradoodle?

A Labradoodle may inherit common health issues found in Labrador Retrievers and Poodles. But if you get a puppy from a reputable breeder, the chances of inheriting such diseases are low. They are still prone to common dog diseases and viruses.

No, they are considered a gentle and calm breed. But early-age socialization and training matter a lot and if not socialized and trained well, they are more likely to show aggressive behavior.

So, these were the 10 Labradoodle FAQs that are being asked by our users who are considering getting a Labradoodle puppy or already have one. If you too have any questions, you can ask us through the comment form below. 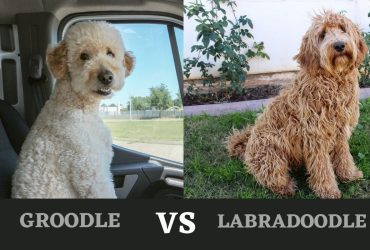 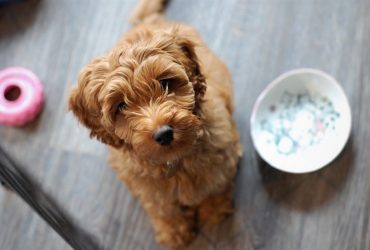 Smart, cute, and heart-melting eyes! Meet the Labradoodle, the perfect mix of a lovable and …
More 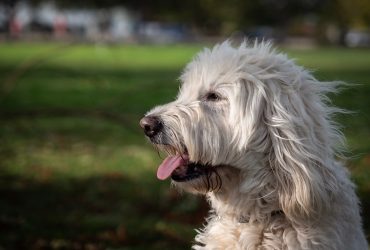 Labradoodle is one of the most popular crossbreeds around the globe. It is a cross …
More