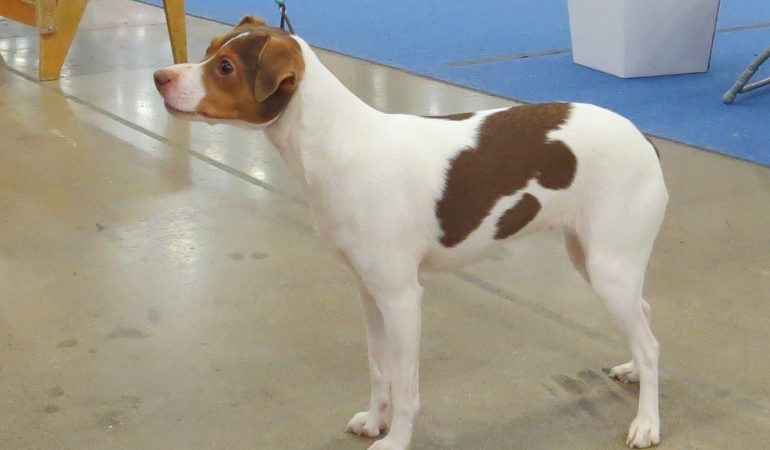 Furry, Fierce, and Fast! The Brazilian Terrier is not just a common dog but a rare and unique pup known for its infinite cuteness.

Also known as Fox Paulistinha, it is one of the Terrier breeds around the world. If you are planning to get a Brazilian Terrier and looking for a detailed guide on the breed, you are in the right place. In this post, we’ll add everything you need to know before getting a Brazilian Terrier including history, temperament, training, grooming, and health concerns.

Curious to know more about this indigenous breed? Read on to find out everything you need to know.

The Brazilian Terrier is one of two breeds native to the highlands of Brazil; the other is Fila Brasileiro. Developed in the early 1800s, no exact information is available regarding the ancestry of these dogs. But most dog enthusiasts agree they are descendants of the Jack Russel Terrier and Fox Terriers that were brought to Brazil by European explorers.

Historically, these dogs have served as helpers on farms, protecting crops from rats and rodents. They were also good hunters, known for hunting in packs and strategically isolating their prey. Today, they are mostly house pups or sports dogs very popular in Australia but largely unknown in other parts of the world.

Related: All about Jagdterrier dog breed

A Brazilian Terrier is quite similar in appearance to the Jack Russel dog however, there are a few distinctive features that set it apart from all other breeds.

– A male Brazilian Terrier can measure as tall as 41 cm (at the shoulder) although the females are generally shorter measuring up to 35 cm.
– Typically, an adult Brazilian Terrier weighs between 7 to 9 kgs as they are quite muscular in the physique.

– Unlike most breeds, they have very long, straight legs which make them fast runners, capable of covering long distances without easily getting tired.
– Its tail is quite cute as it is very small and chubby compared to the rest of its body and is often docked up.

– They have big curious eyes, full of mischief whereas their ears are small and triangular, half folded like a paper envelope.
– The Brazilian Terriers have fine, short coats almost always tri-colored. Mostly, they are found in a combination of black, tan, and white colors with unique markings.

– These pups have triangular skulls, narrow chests, and a big bright smile. Ask the Brazilian Terrier owners, these dogs are some of the most pleasant and friendly dog breeds around.
– Overall, the Brazilian Terriers can be described as medium-sized dogs that are active, playful, and irresistibly cute.

By nature, the Brazilian Terriers are not an average lap dog. They are active, out-going, playful pups that enjoy a variety of activities. At the same time, however, they are kind, courageous, and alert dogs that are always vigilant of their surroundings. They are known to be loyal, loving, and protective towards their human families. Towards other animals, however, they can be quite the trouble makers.

While these pups do get along with other dogs, they are forced by instinct to chase smaller animals and bully them. This is one reason why families should acquaint them with babies as soon as possible to create early acceptance. In fact, it is advisable to not leave young children unsupervised around pets in general.

Overall, the Brazilian Terriers are lively, fun, and full of love.

The Brazilian Terriers do not have extensive grooming needs which makes them very desirable pets. Since they have short coats and do not shed a lot, they do not require professional grooming services. In fact, brush their coats twice a week and you’ll be good to go.

However, like all dogs you need to take care of frequently brushing their teeth. Ideally, three to four times a week so they don’t develop a case of bad gums or worse tooth decay.

Similarly, the inside of the ear needs to be cleaned with a damp cloth to remove any dirt or debris because these pups have folded ears.

Last, but not least, it is necessary to trim their nails so that they do not hurt themselves or others during playtime.

While these Terriers may not look so they are in fact highly intelligent dogs that require frequent mental and physical stimulation. They are known to suffer from something called the ‘small dog syndrome’ where they assume themselves as the alpha male of the house, bossing around their owners and ignoring all commands. However, such a situation can easily be prevented if these dogs are properly trained from infancy.

Quick-witted and sharp, the Brazilian Terrier is a fast learner, this is why they should be given obedience training and proper socialization so they grow up to be friendly.

Owing to their farm dog nature these pups love to dig holes and explore the world around them. So it is recommended to walk them for at least an hour daily because it is not only entertaining for them but also helps burn their excessive energy.

Brazilian Terriers have an average life expectancy of about 11 to 14 years. However, this can be dramatically decreased due to several health complications.

Apart from the usual ear infections, eye problems, and skin allergies, there are other diseases that this breed commonly suffers from.

These include Luxating Patella, a common dislocation of the knee cap that can be very uncomfortable and painful for dogs. Similarly, Epilepsy a brain disorder where dogs suffer from seizures (sometimes) triggered by light and noises.

This is why it is best to take your pups to the vet immediately if you notice anything unusual about them. An early diagnosis can help save your pup’s life.

Dogs are undoubtedly a man’s best friend and a Brazilian Terrier is no exception to that rule. Like all dogs, they are entertaining, affectionate, and delightful. Raise them with love and care and they’ll be loyal to you for a lifetime.