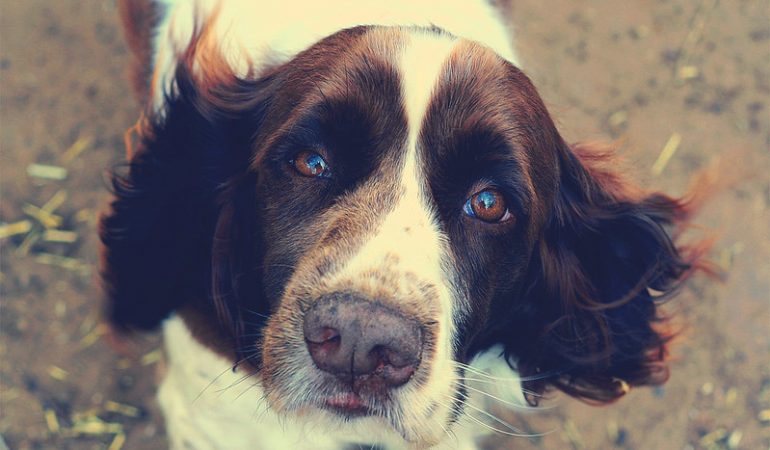 If you are looking for a brave, loyal and versatile mate, look no further than the English Springer Spaniel, this Spaniard has intense, soulful eyes and a heart of gold.

Versatile, active, and sweet. This single pup is a combination of all the fantastic qualities you look for in a friend, packed into a small body and four legs.

If you are looking to get an English Springer Spaniel puppy, you are in the right place. This comprehensive guide about the Springer Spaniel dog contains everything you need to know before getting a puppy.

The Spaniel, as the name suggests, are dogs that came from Spain, but then, many Spaniel breeds were developed in Britain. It was introduced to the rest of the world by Roman traders of the time. Traditionally, before the invention of guns, these pups were used to flush game birds and other small animals. After the invention of firearms, they still proved to be useful companions to their hunter-owners.

The breed gained massive popularity in the early 20th century when a Canadian breeder had a few Springer pups imported and popularized in areas of North America and Canada. The English Springer Spaniel was officially recognized as a distinct dog breed in 1902 by the Kennel Club.

This loveable breed of gun dog has several distinct features that make it stand out. Here are a few of its most prominent physical attributes.

The Springer Spaniel is a versatile dog that is both a good hunter and a loyal companion. They are known to be very sweet-natured and friendly pups that are very obedient towards their owners and show eagerness to please their humans.

Unlike most dogs, the Spaniel is not just friendly around humans but also around other dogs and enjoys socializing and playing around. They are especially fond of playing in the water and do well even when alone; however, if left on their own for too long, these pups can act aggressively out of boredom.

These pups are so submissive and sweet that they make terrible guard dogs. They will bark at strangers but stop as soon as someone pets them. They are mostly curious little devils that enjoy exploring the outdoors with their humans.

What’s good and what’s bad about them?

Well, all the dogs are good but certain dogs suit certain owners and certain environments. Likewise, the English Springer Spaniel has several good and bad traits that should be considered seriously before getting a puppy. So, let’s first explore the good things about this soulful dog.

Excellent with other pets: If you already have other canine or non-canine pets and looking for another dog, Springer Spaniel is the right choice for you. It is peaceful and calm with other pets and won’t give you a tough time dealing with them.

Exceptional Temperament: You would not want your furbaby to be aggressive with you, your kids, or guests, right? This pup is polite to everyone and can be the right match in terms of temperament.

Athletic nature: They love to accompany you during athletic activities so you won’t be needing any other partner if you have a Springer.

Shedding: They sheds a lot so not suitable for people who are allergic to dog hair and dander.

Living with the Breed

These fantastic pups make excellent house pets, whether you live in an apartment or a big house. They are very protective of children and love hanging out with their owners. They tend to wander off on their own, so they should not be left unsupervised in the outdoors. 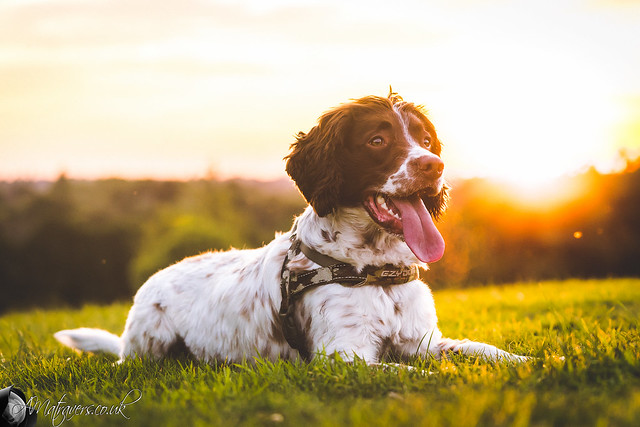 These adorable little dogs tend to be healthy but are still prone to a variety of different diseases.

If you own a Springer, you should keep your eyes open for signs of Hip Dysplasia, which is a leading cause of arthritis in these pups. It makes them lame and lazy, and the pups begin to show signs of struggle in movement.

These pups are also susceptible to skin disorders, including hair loss as well as ear infections. The latter one is preventable if owners keep the Springer ears clean and dry at all times.

To make sure your pooch lives a long and healthy life, you should schedule frequent trips to the vet.

Now you must be wondering what these pups eat, well you can feed them 1.5-2 cups of high-quality dry food a day, and they will remain healthy. However, do treat them to occasional treats for being good boys!

Springers have very demanding grooming needs, which is why, as owners, you have to be very attentive toward them.

The Springer’s double coats must be brushed appropriately at least three times a week with frequent trimming around the head, neck, and ears.

Since these pups have floppy ears that block air circulation, it is up to dog owners to weekly check and cleans their pup’s ears to avoid the risk of ear infections, also check for foreign objects in their ears, and remove them if there are any.

Next up, always remember to brush your pup’s teeth at least three times a week to avoid bad breath and gum diseases. Another important thing is always to keep their nails trimmed so that they do not accidentally hurt you or themselves while playing around.

The English Springer Spaniel is as good a pup as any. It’s an intelligent and thoughtful creature that is very easy to fall in love with. So if you are planning to adopt a puppy, the Springer would undoubtedly become an excellent addition to your family. The fact that they are especially good with children acts as a cherry on top for most owners. So we hope this article has been useful for you in deciding whether or not this pooch is for you.

You may like reading about: How to Take Care of Dogs