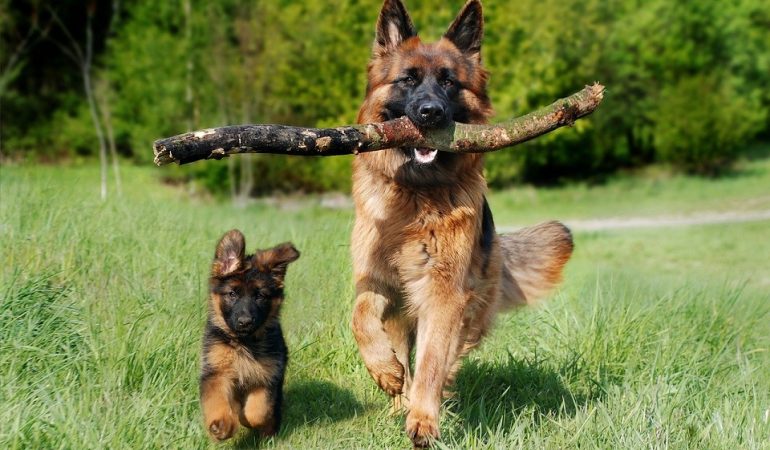 With long sharp teeth and a goofy smile, German Shepherds are a perfect combination of reliability and silliness. If you don’t believe us, just google it. You’ll find half at least a million videos on German Shepherds being the funniest dogs known to mankind.

But there is so much more to these dogs than what meets the eye. That is why they are among the top 3 dog breeds around the globe.

According to a list, there are over 3.5 million German Shepherd dogs in the US and 10 million in the world. So, if you want to be one of the German Shepherd parents and looking for a detailed guide, you are in the right place. In this article, you’ll read almost everything about this goofy large-sized dog breed including health-related issues, pros and cons, temperament, and other important aspects.

So, without further ado, find the quick guide on everything you should know about a German Shep below.

As the name suggests, German Shepherds originated from the region of Germany. Historically, they have served as companions to soldiers, farmers, and even kings. It is believed that a mixture of farm dogs and old farm shepherds gave birth to this breed.

A man named Max von Stephanitz is credited with breeding the first German Shepherd who then persuaded the German government of their usefulness. As a result, this breed acted as the Red Cross dog, messenger, and even a supply carrier during the war.

The American Kennel Club officially recognized these dogs in 1908 and they have been popular in America ever since. In some European countries such as Britain, they have still known as Alsatians a name coined during their formative years.

Today, these shepherds are one of the most useful and beloved dog breeds around the world.

The German Shepherds are one of the most distinctive dog breeds, it is impossible to mistake them for any other pooches, although the Belgian Malinois has some similarities with them. But if you are still confused here is a list of complete features to help you spot a German Shep.

There is a reason why German Shepherds are used in the military, police, and even as guide dogs. Their personalities are fierce, independent but also very loveable. They are one of the most reliable and self-sufficient pets but like all animals crave love and attention.

Owing to their large built, heightened sense and courageous personality they make excellent guard dogs. They are excessively protective of their owners and are great around children too. However, they are complete havoc around other animals such as cats. By nature, these dogs do not like other animals such as cats and will constantly chase them around and even injure them. But you can do wonders by training them.

It is advisable to raise these pups in fenced homes, so they have room to play around but don’t easily wander off and get lost.

Grooming needs of the breed:

While German Shepherds are one of the best dog breeds out there, they come with a multitude of grooming and training needs, sometimes hard to keep up with.

German Shepherds sheds a lot of hair, you can expect more frequent vacuuming around your houses and hairballs everywhere. But at the same time, their thick, dust resistant coats don’t get dirty easily. So, you only have to worry about bathing them once or at best twice a month.

Like all dogs, your German Shepherd will absolutely dread getting his nails trimmed. However, for your safety and your dog, we recommend that you cut his nails once in two weeks. This will allow your dog to scratch himself and play around without hurting himself or others around.

Another important point to remember is dental hygiene. Shepherds have big, scary canines so it’s imperative you brush their teeth at least two to three times a week. And if they are good boys, throw in a chewy toy for them to have fun around with.

First, check this video on how wonderful and disciplined are German Shepherd dogs.

If pets are not exposed to early socialization, they can become aggressive, cranky, and anti-social. This is why German Shepherds must be trained from a very early age.

They should be allowed to exercise almost every day so they have the opportunity to stretch their strong muscles.

Additionally, they should be rewarded with treats for good behavior to reinforce good habits and filter out bad ones like excessive barking and digging.

While German Shepherds are healthier than most dog breeds, there are certain prevalent diseases to look out for.

If your pup suddenly becomes lazy and lame, get your doctor to look at him for hip dysplasia. A common, genetic condition where the femur and the hip joint don’t fit.

Other health conditions include bloating problems and various allergies that can be easily diagnosed and treated. This is why we recommend you always have a good vet on speed dial.

One of the most famous German Shepherd dogs is Rin Tin Tin. A puppy from France that traveled to the United States where he was trained and groomed to be a Hollywood star puppy. You’ll be surprised to know that Tin Tin worked in over 20 films in his puppy career and helped make German Shepherds popular in America and the rest of the world.

During the early ’80s, a Dutch director made a whole play starring German Shepherds called, ‘Going to the dogs’. Unfortunately, the play was a flop but one can still laugh thinking about it.

These dogs are loyal, obedient, and loveable companions. They take care of their owners just as much as their owners take care of them. So, if you do decide to adopt a German Shepherd, look for rescued pups that need home first and remember to shower them with love and affection. Being one of the most popular dogs, you may easily find one in a shelter. If not found, try getting one from a reputable breeder. 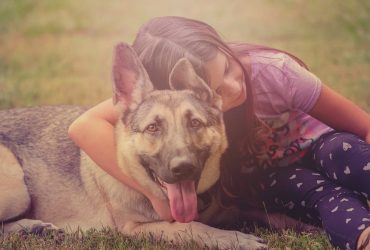 Dog owners treat their pets like family, but they also have to make sure that …
More 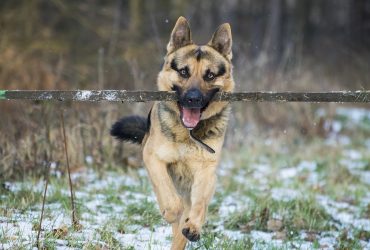 If you are a dog lover, you must be familiar with the German Shepherd Dog. …
More